It was born in the 50s from the deep and sincere friendship that tied Chiampan brothers with other two guys. They were all enthusiastic shooters and hunters from Verona. As both a pastime and the pleasure to spend time together, they began to load their own cartridges by themselves. The immediate positive feedback among friends brought them shortly to buy a loading machine. The factory got the market rapidly.

The extraordinary speed of positive feedback was essential: those who loaded cartridges were also the end-users, so that they could review and improve any kind of articles immediately.
On that way quality pushed the sales of Clever products all over Italy very fast. 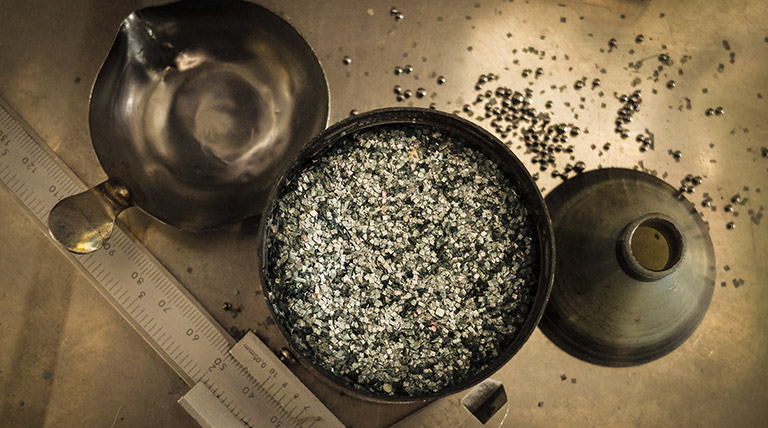 The family-run business for Clever has always been an essential feature, completely “made in Italy”, becoming a leader in the world of sporting cartridges.
In 1968 Clever already loaded more than 40 millions cartridges, maintaining the starting structure.

From 1978 onwards, with the arrival of the third generation of Chiampan managers, in the forward-looking perspective of markets diversification, Clever strongly specialized in exportation.

Among its customers includes the most important suppliers and shooters, as well as the most eminent shooting ranges all over the world.

On that way Clever cartridges became well known and appreciated everywhere for its excellent quality, keeping it stable, first of all, thanks to a continuous and obsessive supervision in every production phase, as well as the constant innovative research, that is able to offer always new and captivating products.
CLEVER IS...
...PASSION, INNOVATION & QUALITY
Even now these characteristics make a difference and rewards Clever, leading production over 130 millions pieces in 2002, brought in more than 100 countries.
We are proud to assert that no other cartridge company can boast such a widespread coverage around the world.
Actually are loading about 500.000 pieces a day, all high quality: this characteristic allows to satisfy even the most demanding customers, from New Zealand to Canada.

Clever was the first Italian factory to create a special cork wad. This idea turned the cartridge market upside down owing to the incredible quality improvement. It is only one of our many creations that have been satisfying from more than 60 years worldwide hunters’ and shooters’ need, with high quality products, that range from lead to steel, from Tinzinc to Tungsten, till rubber shots for personal defense. 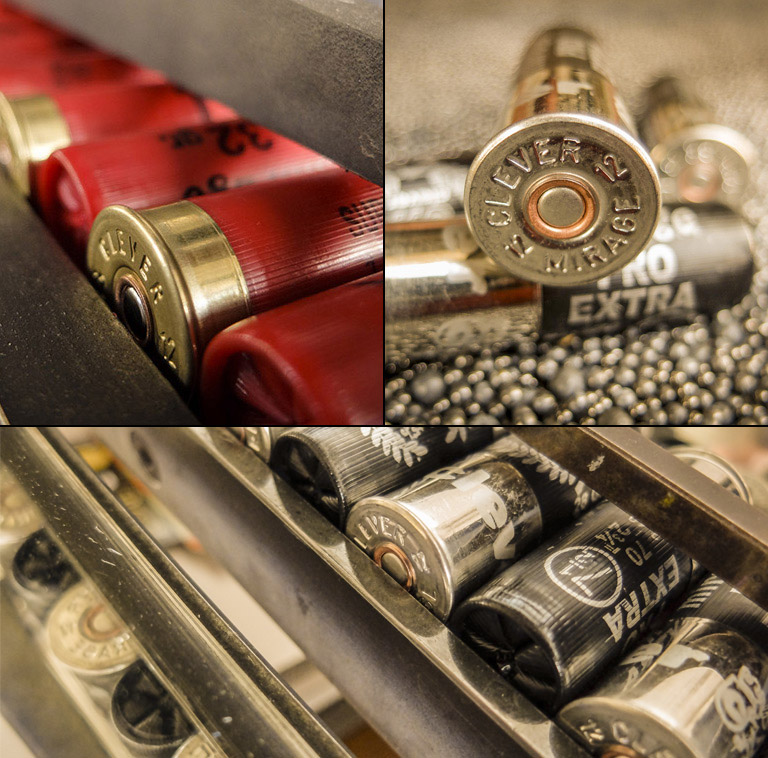 The strength of our company is family environment, that always dominated Clever work and business management, together with quality controls exaggeration.

Our quality controls begin from purchased products through very intensive and inflexible verifications as per sample that meet and cross the machinery controls in the previous period before loading cartridges. All this brings waste incidence very close to zero.

Of course we also have controls during productive process: our technicians, equipped with sophisticated equipments, verify, with pharmaceutical precision, the perfect correspondence from doses inside the single cartridge to the indications given by technical office.
At the end there’s Clever proof house test that is National Proof House.
Here all the ammunition produced are tested in extreme conditions before being sent on the market, and the results stored for 10 years. There’s no company that is able to carry out all these delicate phases with the same perfection and attention actually.
Then there is the weekly work of our men, salesmen, promoters and corporate staff, who spend Saturdays and Sundays on shooting ranges or hunting, to test, compare, and innovate products everyday.

A STEADY RESEARCH OF
BEST QUALITY
The large capacity of the family business and the company, which has invested huge capital in the most modern and sophisticated machinery, together with the constant pursuit of quality have made today Clever world's most modern ammunition factory, with a "know-how envied by everybody.

Thanks to this features, Clever is the only company of cartridges in the world that can boast to have won all the most eminent prizes.
Clever won, with seven different shooters, 7 Olympic gold medals in the Men's Trap between 1960 and 2016, including the last two consecutive (Alipov - Russia and Kostelecky - Czech Rep.), many silver and bronze medals, also in the Olympic Games of Rio in 2016, 70 World Championships, 40 European Championships, 6 Pan-American Championships, 8 Commonwealth Championships, and countless national and international championships, in all sporting disciplines.
Clever is also the current World Record holder in the Men's Olympic Trap with 149/150 (Karsten Bindrich - Germany), and in Skeet with 150/150 (Tore Brovold - Norway).

Of course, during the years,
a lot of things changed in Clever

and are constantly evolving because the spirit that animates it is always pointed to the research of new ideas, new products and improvements; the feed back of the old 60s, gained “on the field”, nowadays is done very professionally, with the National Proof House, with the daily confirmations that we have with hunters, shooters and customers, together with our incomparable palmares of victories, that give us confirm of how much our cartridges are appreciated from our customers everywhere.

We want to point out one thing is not changed:
It's our passion 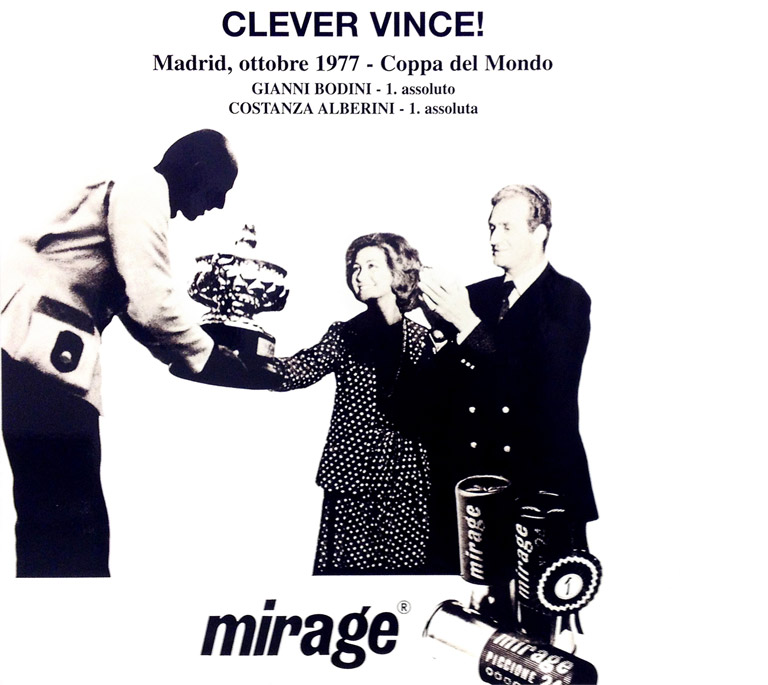 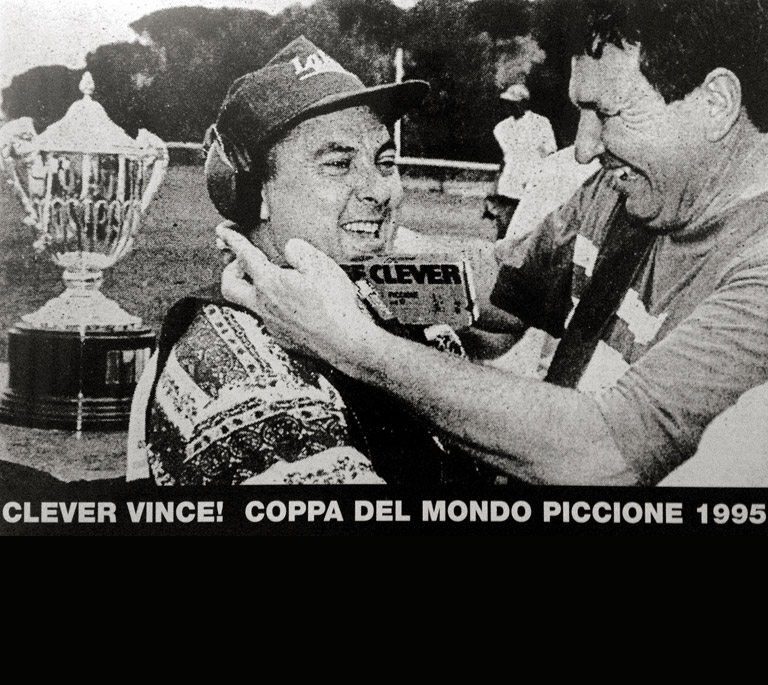 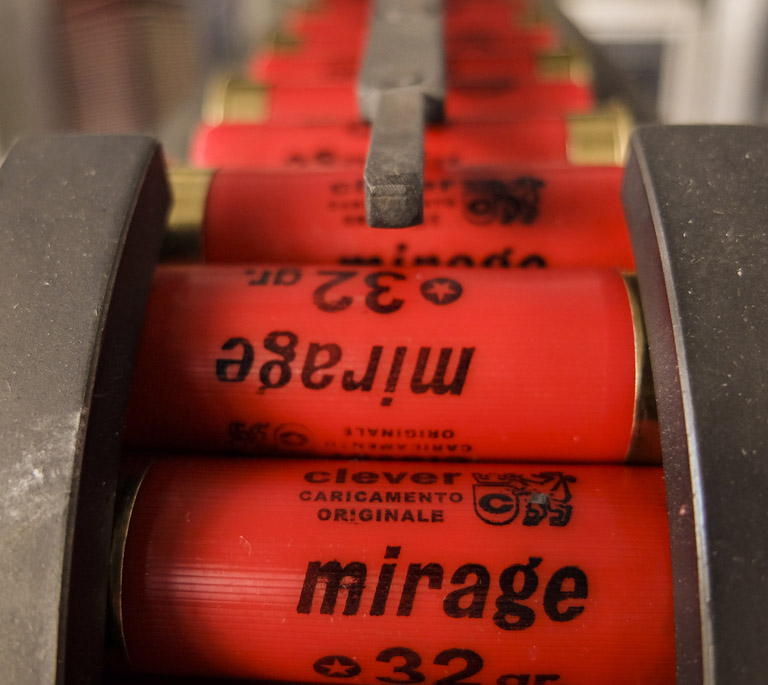 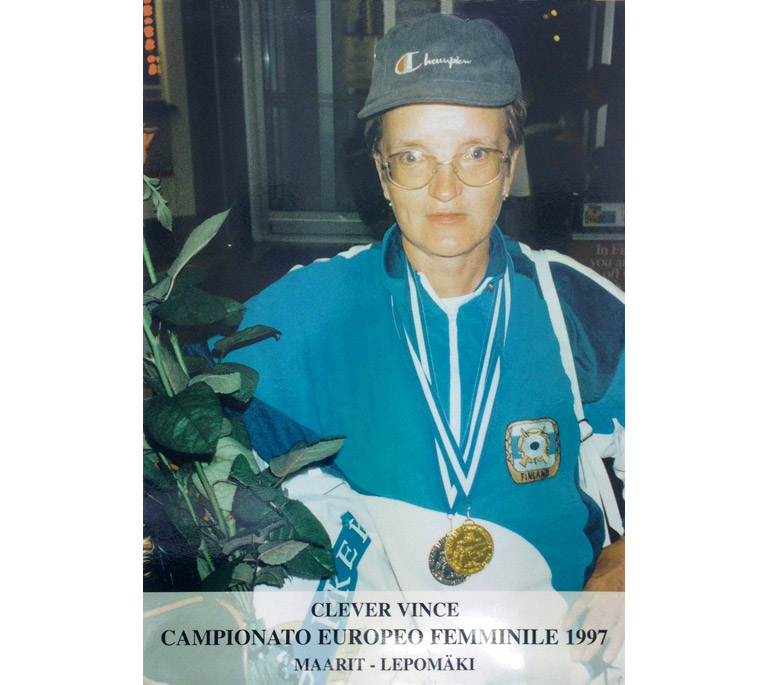 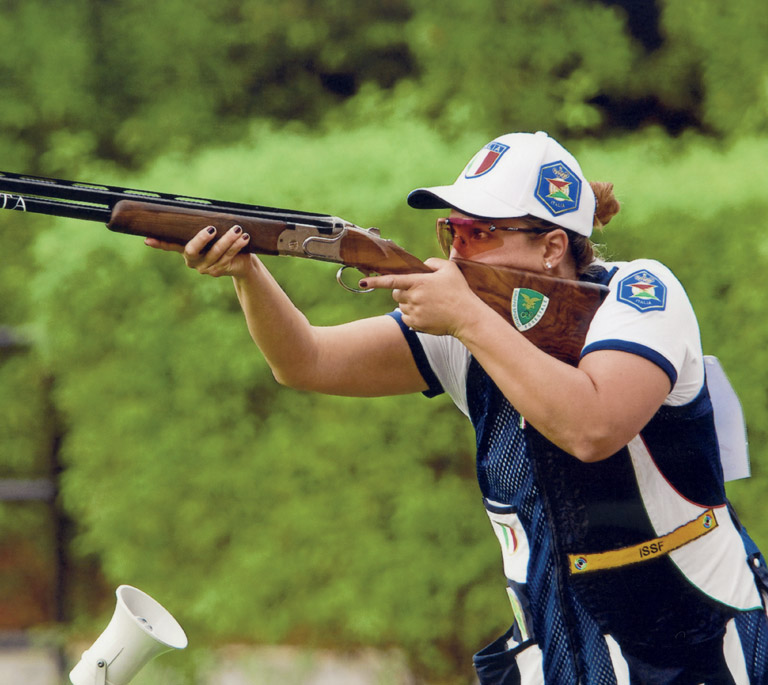 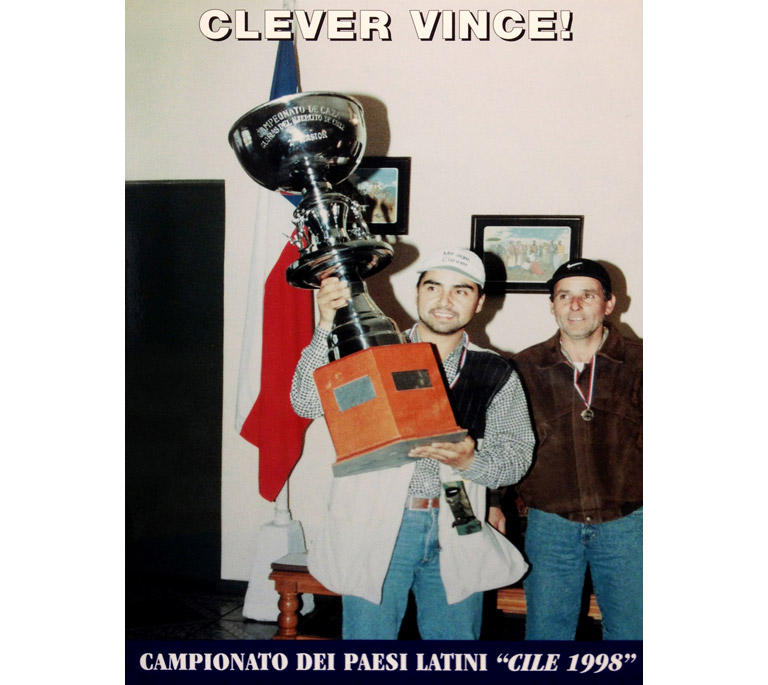 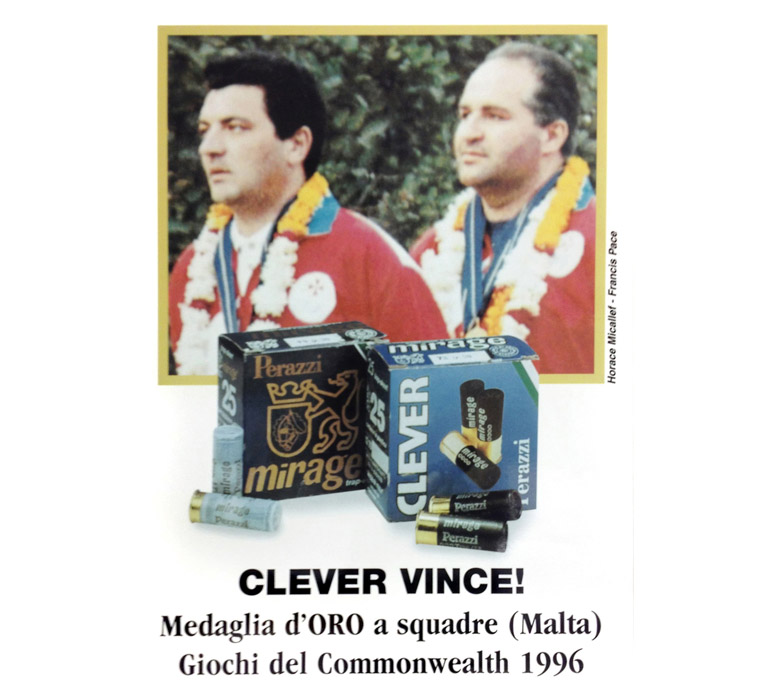 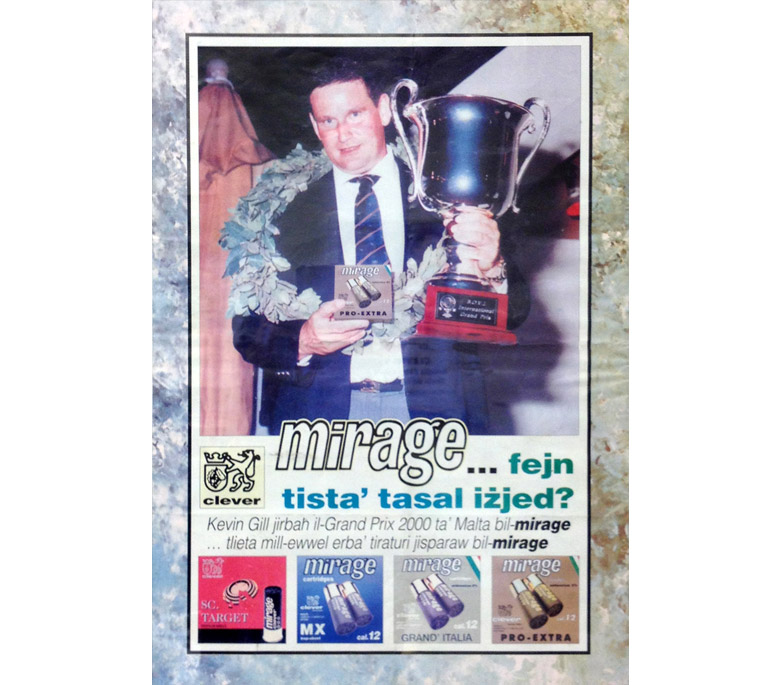 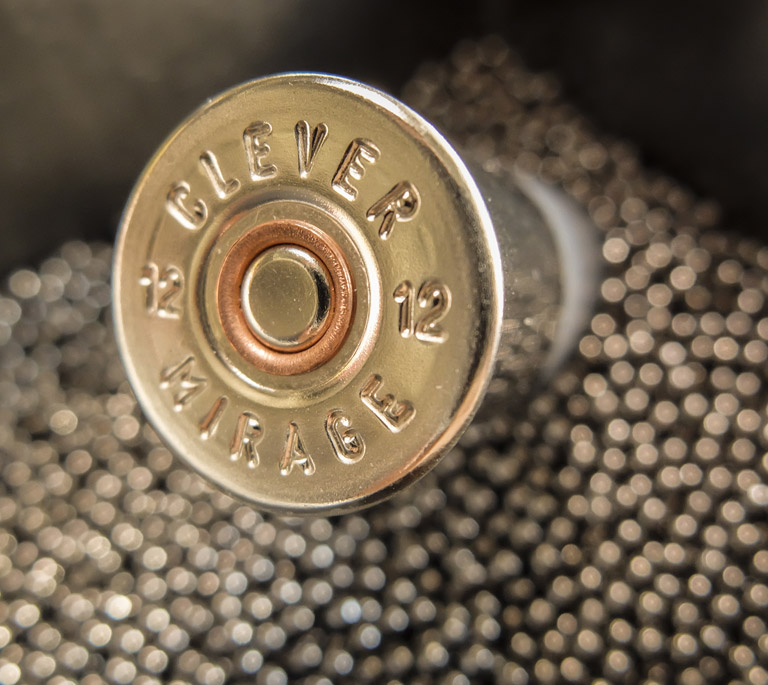 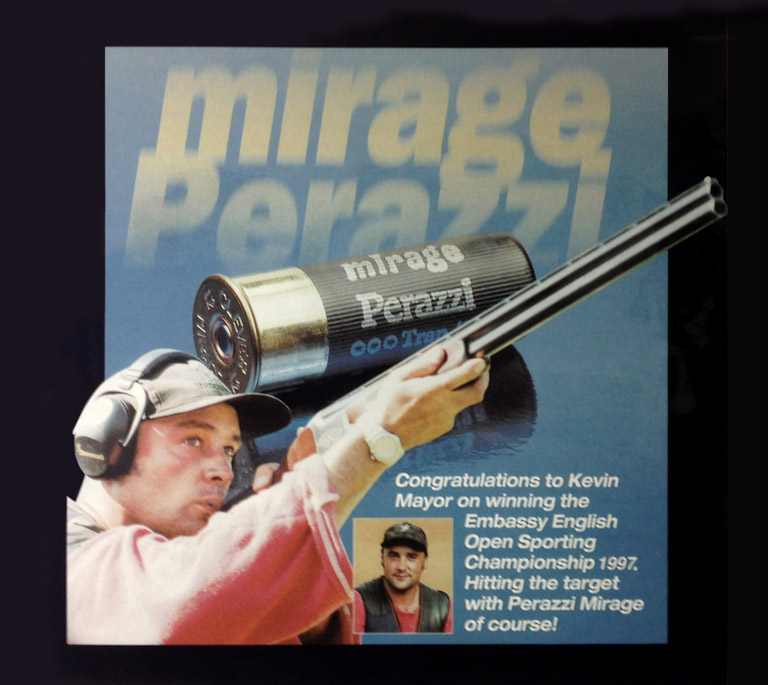 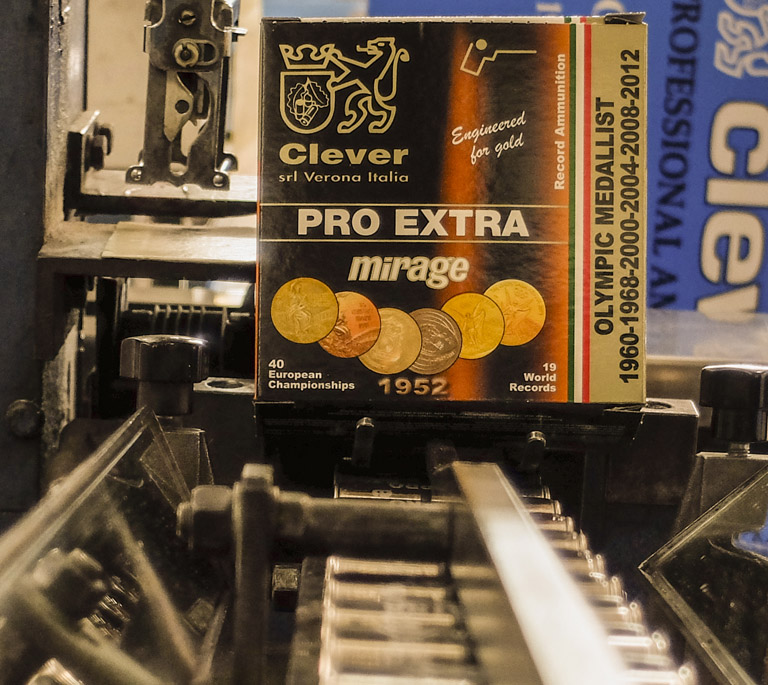